The Crabby Customer and The Preacher 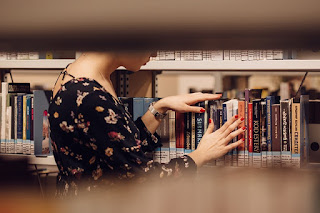 My heart felt like it would burst as I listened to Christians call in to the Christian radio station and testify about the great preacher, Billy Graham, this week.  The man of God loved people and labored across the world to share Good News.

I never met Billy.  My mom and I watched one of his crusades on T.V. in the sixties.   But I have my own Billy Graham story and I hope it honors him.

Years ago, Mrs. Richardson purchased a home from our office.   She became ill after she moved into her new home where the master shower developed problems.  Business increased and our office contractors couldn’t handle the service load.  But tenacious Mrs. Richardson kept calling and seemed crabbier each time.

One afternoon after I returned from lunch, the office manager offered to give me the rest of the day off if I would visit Mrs. Richardson and assure her we would fix her shower.

When I parked my car in her driveway, I distinctly heard in my spirit that I should offer to pray on my knees with Mrs. Richardson.  I dismissed that prompt.  Why confuse a business call with a time of ministry, I reasoned.

The dear woman, disabled and in a wheel chair, smiled cheerfully when I entered.  Her caretaker took me into the bathroom to show me the problem.  I assured Mrs. Richardson that I understood her dilemma and validated her need.   But I realized immediately the reason why I was sent.

The caretaker served us tea in the living room while Mrs. Richardson and I chatted endlessly and I witnessed her loneliness.   I noticed the bookcase next to her wheel chair and scooted on the floor in front of the very bottom shelf where a book by Billy Graham caught my eye.  I grabbed it and asked her if she liked him.  She shared an emotional account of a long, lost time of hopelessness.  She attended a crusade and answered the call for prayer afterward.  She loved the way he prayed with compassion and authority.

I told Mrs. Richardson I, too, am a Christian but I’m no Billy Graham.  However, I believe the same God Billy prayed to put us together that afternoon and asked if I could pray for her back to be healed.

That’s when I realized I was, indeed, sitting on my knees right in front of her.  After our time of prayer and visiting, I let myself out at the front door.  Mrs. Richardson asked me to come again soon.

“The weather is so nice.  We can sit outside on the patio!  I can open a bottle of wine,” She offered.

I’ll never forget that afternoon and how I realized God has no limits.  He’s everywhere and ready to love people and touch them where they hurt.  I also became a little bit less afraid of thinking outside the box and a little more daring to allow Him to use me wherever He sees fit.
at February 25, 2018 11 comments:

How I Overtook an Intruder With the Word of God 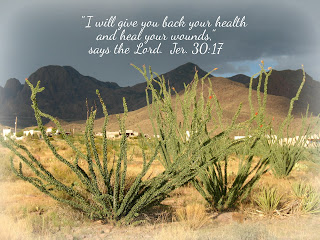 The mundane task of stripping my bed turned exciting this week.

I pulled off the heavy bedspread onto the floor when I noticed him and let out a scream.  Tom ran to my side.  The lizard paused at the bedside, but ran faster than Tom’s grasp and fled under the bed.

“He’s a baby lizard and won’t hurt you or crawl on you,” Tom warned.  But I secretly prayed for some divine help to catch him.

Early the next morning I sat perched on my bed with my fuzzy throw blanket, cup of coffee on the side table and Bible on my lap. The lizard crawled up on the blanket and peered at me atop the pages of my Bible.  I remember I screamed and my hands flew in the air.  The Bible and the blanket fell to the floor.  Tom bolted into the room, this time faster and focused.

“Check under the Bible fanned open on the floor!”  Sure enough, the lizard ventured out to be easily captured this time from underneath the opened pages.  That’s how I overtook the intruder in my home with the Word of God.

God's Word is a Weapon!
God’s Word is a weapon when used in prayer against intruders.  I latched on to the first part of Jeremiah 30:17 when my health problems began.

“I will give you back your health
And heal your wounds, “says the Lord.

I claimed the verse for myself as well as others when attacks against our bodies tried to bring us down.  My friend, not a believer, told me his wife was denied knee surgery due to pre-op screening, leaving her with a cancer diagnosis.  He looked at me kind of funny when I told him I am praying for her.  God healed her of cancer and last week she got her knee operation too!  I don’t take credit for it.  God’s Word stands by itself in power and authority.

I spoke with her this week after the Valentine’s Day Massacre at the Florida high school.  She told me that when her firstborn started kindergarten, she prayed as she walked around the school not only for her daughter’s sake, but for all the children in that school.  She cited Psalm 91 believing no violence would befall them and they shall be protected by God’s angels.

“For He will order his angels
To protect you wherever you go.
They will hold you up with their hands
So you won’t even hurt your foot on a stone.”
Psalm 91: 11, 12

God’s Word is powerful.  It’s the only thing that doesn’t change.  We can count on it and send it forth against those things that invade our lives.
at February 18, 2018 14 comments: 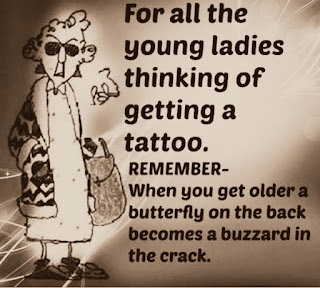 My mother couldn’t believe it when I called her on the phone and told her about the pretty, small-stemmed red rose I chose for an imprint just off my shoulder in the famous tattoo studio close to where I stayed in San Francisco.  She muttered something negative about that sailor’s influence meaning Tom, of course.  This took place many years ago.

Maxine is right, in fact, that years later those once cute tattoos lose their appeal.  Last year, Tom introduced me to a tat artist in our small town who told me he could not remove what looked today like a glob of ink on my back but he promised a new design in that spot.  He drew a white daisy, my favorite flower, over it while Tom looked on.

Now it is my daughters who bring it up and not my mother.  While helping me get dressed after surgery, they both voiced their opinions when they noticed my daisy design.  I decided to take a tip from my mom and responded:  “Remember, girls, I married the fun guy!”

Let’s just say my sons-in-law are of the predictable sort.  I can’t imagine either one of them frequenting a tattoo parlor.

I agreed when my brother-in-law lovingly reminded me we Christians and Jews are not to mark our bodies:  “Do not cut your bodies for the dead, and do not mark your skin with tattoos. I am the Lord.”  Lev 19:28

Some folks dislike tattoos and others cover their bodies with them like a billboard for art.  I’m not here to judge anyone.

The Most Important Thing
One thing I do know and believe with all my heart.  That is, I am imprinted on God’s hand.  I belong to Him and He will never let me go.

“Behold, I have engraved you on the palms of my hands; your walls are continually before me.”  Isaiah 49:16

I tell you the truth, unless a kernel of wheat is planted in the soil and dies, it remains alone. 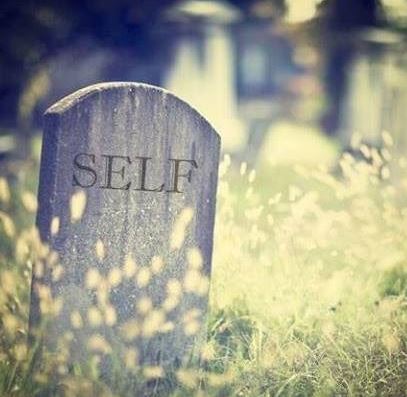